TORIT, Eastern Equatoria, South Sudan, Jul 10 2015 (IPS) – So extreme are gender inequalities in South Sudan that a young girl is three times more likely to die in pregnancy or childbirth than to reach the eighth grade – the last grade before high school – according to Plan International, one of the oldest and largest children’s development organisations in the world.

A vast majority of South Sudanese girls will have been victims of at least one form of gender-based violence in their young lives, but those living in Eastern Equatoria State face a particularly abhorrent practice which is a tradition among at least five of the state’s 12 tribes – being given away as ‘blood money.’

“When a person kills another person, the bereaved family expects to be given ‘blood money’ as compensation,” Dina Disan Olweny, Executive Director of the non-governmental Coalition of State Women’s and Youth Organisations, told IPS.

Most tribes demand compensation when a life has been taken in one of the regular conflicts over cattle and pasture, revenge killings and other inter-village conflicts, and although 20 to 30 goats is what many tribes demand in form of compensation, Olweny explained that “most families can either not afford or are unwilling to pay so much, and prefer to give away one of their girls as compensation.”

According to child protection specialist, Shanti Risal Kaphle, “a young girl is taken as a commodity that can be given in lieu of someone’s lost life, or as ‘blood money’, to keep the family and community in peace.”

Kaphle explained that the girl’s life is negotiated “without her information and consent and is subject to violence, abuse and exploitation.”

The practice of girl child compensation has not escaped the eye of the government, which set an estimated 500 dollars as the amount for compensation for a life, but tribe people still prefer to be given a girl, saying that the figure set by the government is too little. END_OF_DOCUMENT_TOKEN_TO_BE_REPLACED

NGANGARITHI, Kenya, May 11 2015 (IPS) – Vegetables grown in the lush soil of this quiet agricultural community in central Kenya’s fertile wetlands not only feed the farmers who tend the crops, but also make their way into the marketplaces of Nairobi, the country’s capital, some 150 km south.

Spinach, carrots, kale, cabbages, tomatoes, maize, legumes and tubers are plentiful here in the village of Ngangarithi, a landscape awash in green, intersected by clean, clear streams that local children play in.

“I am not fighting for myself but for my children. I am 85 years old, I have lived my life, but my great-grandchildren need a place to call home.” — Paul Njogu, a resident of the farming village of Ngangarithi in central Kenya

Ngangarithi, home to just over 25,000 people, is part of Nyeri County located in the Central Highlands, nestled between the eastern foothills of the Abadare mountain range and the western hillsides of Mount Kenya. More… 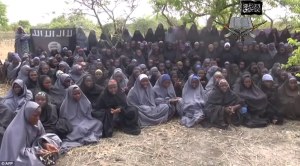 NEW YORK, May 4 2015 (IPS) – Boko Haram, fleeing to a new hideout, has abandoned hundreds of women and girls in the Sambisa forest where the high school girls from Chibok were initially taken over one year ago. It is not certain, however, that the freed girls and women were part of the 200 plus kidnapped victims of Boko Haram, officials say.

Over the past few weeks, Nigerian troops claim to have rescued about 1,000 women and girls. “Many of them told us that they have been hungry for days,” said Sani Datti, spokesman for Nigeria’s National Emergency Management Agency.

However, kidnapping is still advancing and at least 2,000 new women and girls have been taken by the militants, according to Amnesty International.

Less mentioned are the boys seized and forced to become child soldiers. As many boys have been kidnapped as girls but the military hasn’t reported freeing boys in any significant number. More…