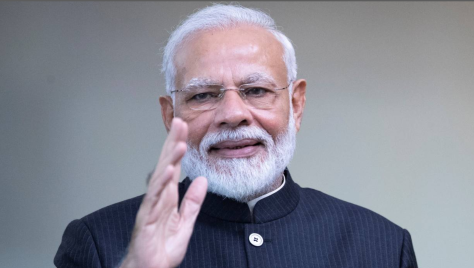 With more than 50 million followers on Twitter, Modi, 69, has one of the biggest followings on social media among world leaders.

“This Women’s Day, I will give away my social media accounts to women whose life & work inspire us. This will help them ignite motivation in millions,” Modi said in a tweet on Tuesday.

He asked people to share entries of such women using the hashtag #SheInspiresUs, which became the top trending topic on Twitter about an hour after he posted his tweet.

His support for the March 8 event came after he faced flak for failing to check violence against women following a series of rape cases late last year that triggered mass protests.

In November, a 27-year-old vet was raped, suffocated and her dead body set alight on the outskirts of the southern city of Hyderabad.

Another rape victim was set on fire and killed by a gang of men, including her alleged rapists, in December.

In the same month, a court sentenced a former lawmaker from Modi’s ruling party to life imprisonment for raping a teenager.

These cases highlighted India’s grim record of sexual violence against women despite enacting some of the world’s toughest laws after the gang rape of a Delhi student on a bus in December 2012, which sparked global outrage.

One woman reported a rape every 15 minutes on average in India in 2018, according to government data released in January.