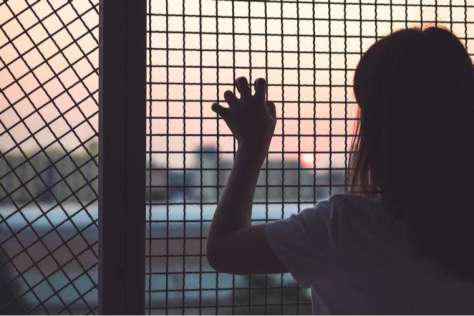 Washington D.C., – The Secretary of Transportation, Elaine Chao, has announced several new initiatives aimed at combating human trafficking, vowing to stamp out use of American transport routes for “this modern form of slavery.”

“It is shocking to learn that in this day and age, something so horrible as human trafficking exists, and there are so many people who don’t believe it,” Chao said Jan. 28.

“But it is happening, and it’s happening in the United States, in our cities, in our suburbs, in our rural areas.” said Chao at the agency’s “Putting the Brakes on Human Trafficking” summit in Washington, D.C. on Tuesday.

“Our purpose today is to make a difference, and that’s to make the transportation sector a more effective force against the evil that is human trafficking. Because America’s roadways, railways, airways, and waterways are being used to facilitate this modern form of slavery,” Chao stated.

Chao was joined by members of Congress, officials from multiple states, law enforcement personnel, and leaders of the transportation industry on Tuesday at the U.S. Department of Transportation headquarters in Washington, D.C.

USDOT launched its new “100 Pledges in 100 Days” initiative to increase the number of transportation companies promising to train their employees to recognize suspected cases of human trafficking.

Chao called on leaders of transportation companies—in the airline, shipping, trucking, and locomotive industries—to take the “Transportation Leaders Against Human Trafficking Pledge” to train their employees.

Currently, there are commitments to train more than one million employees to fight human trafficking, according to USDOT, and Chao listed anti-trafficking initiatives already underway at the agency, with the strategies of “detection, deterrence, and disruption.” More than 53,000 agency employees have received mandatory counter-trafficking training, including special instructions for bus and truck inspectors, she said.

The agency is also partnering with the Department of Homeland Security on the Blue Lightning initiative for the airline industry, providing anti-trafficking training for more than 100,000 airline employees.

The Department also announced an annual $50,000 award for individuals or organizations for “innovative” solutions for combating trafficking, as well as $5.4 million in grant selections

Smith drafted the International Megan’s Law, named for 7 year-old Megan Kanka of Hamilton, New Jersey, who was kidnapped, raped, and murdered by a repeated sex offender in 1994. The law requires convicted child sex offenders to register with the U.S. government before travelling abroad. The government in turn notifies their destination countries, which can refuse to accept the offender.

“Human trafficking is a barbaric human rights abuse that thrives on greed, secrecy, a perverted sense of entitlement to exploit the vulnerable and an unimaginable disregard for the victims,” Rep. Smith said.