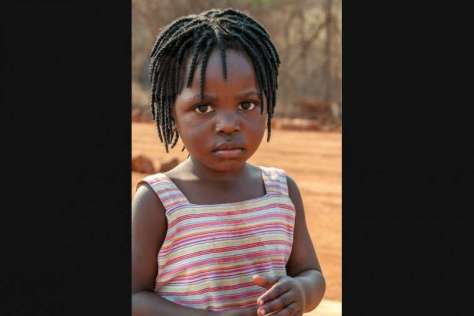 With repeated droughts over the past five years, many of Zimbabwe’s small farmers have found themselves unable to feed their families. The United Nations estimates that nearly half of the 16 million people in the country are urgently in need of food aid, and the Famine Early Warning Systems Network ranks the country as experiencing a “Phase 3 food crisis,” signifying widespread acute malnutrition.

The droughts have increased in frequency and intensity due to climate change, Byrd said. In addition to widespread crop failure, inflation has decimated many families’ savings.

Byrd warned that the struggle to find food has led many young people to leave the country, adding, “Migrating parents often leave their young children behind with grandparents who struggle to provide for them.”

Catholic Relief Services is working with farmers in Zimbabwe to teach soil and water conservation methods. The agency is also offering drought-resistant crops to farmers and is cooperating with the government in a notification system warning farmers about threats to their harvest.

Even with these steps, however, Byrd warned that more action needs to be taken in order for the people of Zimbabwe to recover.

Other countries in the region are also facing an escalating hunger crisis. The Food and Agriculture Organization reports that more than 45 million people in Southern Africa are currently faced with food insecurity.

“This area of the world needs help and it needs help now,” Byrd said. “We hope the economic situation improves soon, but if climate change is not addressed, countries like Zimbabwe will continue to suffer.”