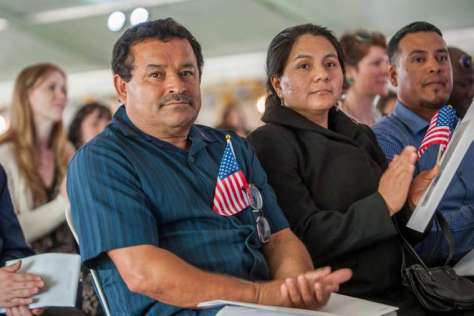 “We’re viewing this almost like a joint venture between the two of us,” Jacob Rooksby, dean of Gonzaga Law School, told CNA.

“The attorney in charge has a vast network through her time at Catholic Charities. We envision the students and the attorney going on-site to different areas of the state to provide walk-up assistance, and that’s going to start as we get further into the project,” Rooksby said.

The law school has several pro bono clinics already, including Indian Law, Elder Law, and Business Law. The students will work with Megan Case, an attorney who formerly worked with Catholic Charities.

Case told CNA that the center has a significant caseload at the moment, mostly on family reunification cases, whereby legal immigrants can petition for other family members to come and join them in the United States.

The center will also work with individuals seeking asylum. Additionally, they have an immigration court hearing scheduled for January in a deportation case.

Case noted that immigration law is one of the broadest and most complicated areas of U.S. law. She said during her time at Catholic Charities, she oversaw a number of naturalization cases, family reunification cases, and green cards, among others. They also helped individuals who qualified for victim-based visas.

She noted that the center assists both documented and undocumented individuals.

“There’s definitely a need for attorneys to assist people in these types of cases, and there’s a lot of work,” Case told CNA.

Rooksby said there is already student interest and client need for the program.

“As a Jesuit institution, I think we’re taking seriously the Catholic Church’s position on immigration as being one of the signature issues of our time,” he said. “So we see this as very consistent with our mission…the need is already there.”