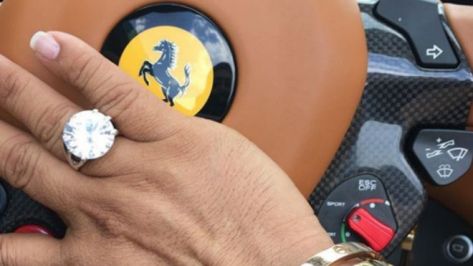 For years, Anthony Gignac lived a life of luxury fit for a royal.

He wore expensive jewellery, travelled in private jets or cars with diplomatic licence plates, and carried business cards referring to himself as “Sultan”.

But the story of the self-proclaimed prince finally unravelled on Friday, as he was jailed for 18 years for fraud.

A Florida judge said Gignac, 48, was a con man who posed as a Saudi royal to swindle $8 million (£6.3 million) from investors.

“Over the course of the last three decades, Anthony Gignac has portrayed himself as a Saudi prince in order to manipulate, victimise, and scam countless investors from around the world,” US Attorney Fajardo Orshan said in a statement.

“As the leader of a sophisticated, multi-person, international fraud scheme, Gignac used his fake persona – Prince Khalid Bin Al-Saud – to sell false hope. He sold his victims on hope for their families, careers, and future. As a result, dozens of unsuspecting investors were stripped of their investments, losing more than $8 million,” Ms Orshan added.

Born in Colombia, Gignac was adopted by a family in the US state of Michigan at the age of seven.

By 17, he had already started taking on the persona of a Saudi royal, using his alter-ego to con credit card companies, shop staff and investors.

According to court documents, he has been arrested 11 times in the past three decades for “prince-related schemes”.

From as early as May 2015, he has been using the name Khalid Bin Al-Saud, the US Attorney’s Office for the Southern District of Florida says.

To support his fraudulent persona, he purchased fake diplomatic licence plates and papers for his bodyguards. He wore traditional Saudi clothes and expensive rings and watches.

He often travelled on private jets or luxury yachts, and collected expensive artwork.

His fake life was chronicled on an Instagram account, where he shared photos of his dog sitting in designer bags and Saudi royals with captions like “my dad”.

When meeting with investors, he would refer to himself as a prince and demand that royal protocols such as gift giving were followed.

Prosecutors said Gignac used his fake royal persona to convince people to invest in non-existent business ventures around the world.

However, the scheme started to fall apart in May 2017, when he tried to invest in a luxury hotel in Miami.

Over the course of the negotiations, the hotel’s owners became suspicious of Gignac, in part because of his willingness to eat pork products that would normally be off-limits to a devout Muslim prince, the Miami Herald reports.

They then hired a private security group to investigate him, which ultimately led to a federal investigation.

In her statement, Ms Orshan said “justice spoke for the victims” in Friday’s verdict.