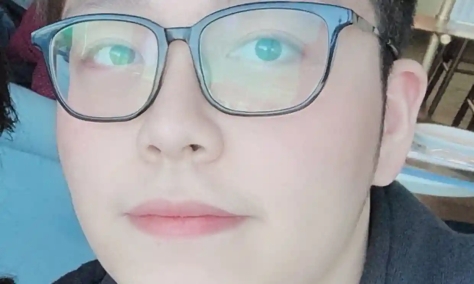 Chinese student Wanzhen Lu, 22, has been found by police after being kidnapped in Canada. Photograph: York Regional Police Handout/EPA

Canadian police have safely located a missing Chinese student, three days after he became the victim of a brazen stun-gun kidnapping at the hands of a violent gang.

Wanzhen Lu, 22, was found with minor injuries by police in Gravenhurst, Ontario, a city 180km (110 miles) north of Toronto on Tuesday evening.

A homeowner had called police after a young man matching Lu’s description approached him and asked for help. Lu was taken to a nearby hospital, said York regional police spokesman Andy Pattenden.

Lu was the victim of a violent abduction on Saturday evening. As he and a female friend walked through the underground parking lot of his condominium, three men attacked him, with one of them using a stun gun. Police initially described the attack –which was caught on security cameras – as violent.

Lu was dragged into a waiting black Dodge Caravan by the three men. A fourth suspect was seen waiting in the vehicle. Lu’s friend was left unharmed, but police say she was traumatised by the encounter.

Pattenden did not provide any explanation on how Lu ended up more than an hour and a half north of Markham, Ontario, where he was abducted.

Lu studies business administration at Yorkville University, reported the CBC. Lu is also known for his collection of expensive cars, which include a Rolls Royce, Lamborghini and Range Rover.

The brazen and seemingly unprovoked attack prompted an intense search, with police deploying aircraft as they tried to locate the missing student. Police also asked the public for possible information that might help locate Lu. A number of tips led police to the black van on Monday.

Pattenden said Lu’s parents, who travelled to Toronto after receiving news of their son’s abduction, were relived by the news of his safety. “Our investigators have been able to provide this great news to the family,” he said.

On Tuesday morning, police announced the arrest of a 35-year-old Toronto man in connection with the kidnapping. He has since been released and no charges have been laid. Police declined to comment further on what prompted the arrest.

Pattenden cautioned the investigation – which has drawn upon organised crime and intelligence units – remained ongoing, with the four suspects still at large. “We’re very concerned that they’re still out there,” said Pattenden.