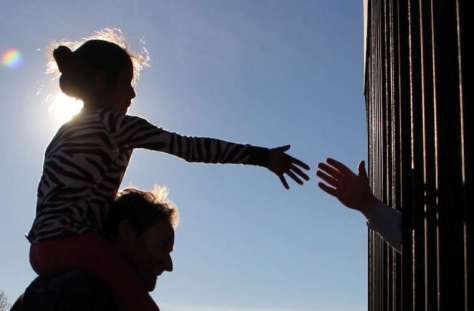 Washington D.C., Mar 14, 2019 / 06:32 pm (CNA).- Catholic leaders released a statement this week in disagreement with the United States’ expansion of a policy that restricts asylum seekers at the U.S.-Mexico border.

“We oppose U.S. policy requiring asylum seekers to remain in Mexico while waiting to access protection in the United States. We urge the Administration to reverse this policy, which needlessly increases the suffering of the most vulnerable and violates international protocols,” the statement read.

Bishop Joe Vasquez of Austin, chairman of the U.S. Conference of Catholic Bishops’ Committee on Migration, and Sean Callahan, president and CEO of Catholic Relief Services, released the joint statement on March 13.

First implemented in January, the Migrant Protection Protocols require asylum seekers at the San Ysidro border crossing to remain in Mexico while immigration courts process their case – a procedure that may take years. In previous administrations, asylum seekers were often permitted to remain in the U.S. while awaiting their court dates.

The U.S. government announced Tuesday that the program would now be expanded to the border crossing in Calexico, which is about 120 miles outside of San Diego. Department of Homeland Security officials stated that 240 asylum seekers have been returned to Mexico since the policy was enacted. They anticipate that the number will grow significantly as the program expands.

In February, a lawsuit was introduced in federal court challenging the policy, which is known unofficially as the “Remain in Mexico” policy. The suit claims that the program puts asylum seekers at risk because of Mexico’s dangerous conditions. A federal judge has not yet announced whether an injunction will be granted to block the policy while it is being considered in court.

The Associated Press reported that Mexico’s Foreign Relations and Interior departments objected to the policy update, which they say was made unilaterally by the United States. However, citing “humanitarian reasons,” the departments said a majority of the asylum seekers returned to Mexico will be allowed to stay.

Vasquez and Callahan also voiced opposition to the policy, emphasizing the rights of the people seeking shelter from harsh conditions, especially from the dangers witnessed in Central America.

“We steadfastly affirm a person’s right to seek asylum and find recent efforts to curtail and deter that right deeply troubling. We must look beyond our borders; families are escaping extreme violence and poverty at home and are fleeing for their lives,” the statement read.

The Church leaders reiterated the call of Pope Francis to protect and welcome immigrants and encouraged the government to respond with policies that best promote human dignity.

“Our government must adopt policies and provide more funding that address root causes of migration and promote human dignity and sustainable livelihoods,” they said.