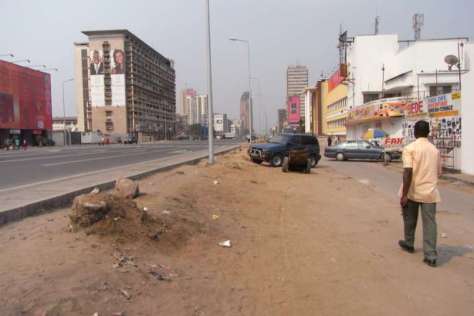 Kinshasa, Democratic Republic of the Congo, (CNA).- The bishops of the Democratic Republic of Congo have called for the release of the result of the country’s presidential election. The Church sent thousands of election monitors to assist at polling stations across the central African country during the vote, which was the subject of numerous delays, with many reporting irregularities.

The vote to determine a successor for President Joseph Kabila was rescheduled for December 30 after numerous delays. The election was originally slated for November 2016. The result is expected to produce the first peaceful transition of power in the DRC since independence in 1960.

The results are expected to be released on Sunday, but Corneille Nangaa, head of the country’s national electoral commission, has said the final announcement could be delayed. Nangaa said that officials were still waiting for final vote counts from 80% of local polling stations.

Some communities in the North Kivu and Mai-Ndombe regions will not be able to vote until March, after the vote there was delayed over security concerns and Ebola outbreaks.

Nevertheless, while calling for the winner to be announced, the Congolese bishops said that the winner was clear according to results seen by them. The bishops’ conference did not say who they believed had won the election.

The DRC bishops’ conference was among several organizations to send election observers to polling stations across the country, commissioning more than 40,000 observers to report on the election process.

In an earlier statement on Dec. 31, the conference highlighted concerns about voters being turned away from the polls and monitors being removed by police from voting stations in different parts of the country.

While not officially backing any one candidate in the election, the bishops were vocal in their opposition to Kabila’s remaining in power past his constitutionally imposed term limit.

Kabila was set to leave office in December 2016, following the election of his successor, but the vote was successively postponed by government authorities, resulting in widespread civil unrest.

Since that time, Kabila has remained in office.

The bishops of the country played a key role in mediating an agreement between the Congo’s ruling political coalition and opposition leaders, culminating in a Dec. 31, 2016, agreement that allowed Kabila to remain in office beyond his mandate but said he must step down after an election in 2018.

Nearly two dozen candidates entered the race to replace Kabila, who has been in power for 17 years. He acceded to the presidency at the age of 29, following the assassination of the previous president, his father, Laurent-Désiré Kabila. He was reelected in 2006 and 2011.

The front runners in the election have been former interior minister Emmanuel Ramazani Shadary, Martin Fayulu, a former oil executive, and Felix Tshisekedi, son of a prominent opposition party leader.

Shadary, a self-described “fervent Christian” and practicing Catholic, previously stated that he had “placed his campaign in God’s hands.” Shadary is also the preferred candidate and would-be successor of President Kabila.

President Kabila’s administration has come under sustained criticism both before and during the election campaign. Last year, 15 people were killed while attending peaceful, Church-organized rallies against the government.
https://www.catholicnewsagency.com/news/congos-bishops-call-for-release-of-election-results-23987