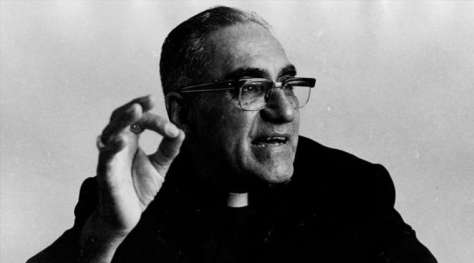 A court in San Salvador issued an arrest warrant for the man suspected of the March 24, 1980 killing of Saint Oscar Romero, who was canonized on October 14, 2018 by Pope Francis.

The suspect is Álvaro Rafael Saravia, a 78 year old former army officer.
Charges against Saravia were dismissed in 1993 after an amnesty law prohibited criminal trials related to the country’s civil war.
In 2017, however, Judge Rigoberto Chicas reopened the case, after the amnesty law was rescinded.

Now the National Police and Interpol are charged with finding the former soldier so he can be tried for aggravated homicide.
No one else has been charged in connection with Romero’s death.
Romero was shot while he celebrated Mass at a hospital chapel, amid the civil war between leftists guerrillas and the right-wing government that left about 75,000 dead between 1980 and 1992.

Several investigations have concluded that the murder was carried out by a death squad linked to the military dictatorship, who falsely believed that Archbishop Romero was supporting Marxist guerrillas because of his concern for the poor of his country.
In his work with the poor and in his denunciations against the dictatorship, the archbishop was supported by Pope Saint Paul VI and Pope Saint John Paul II during their pontificates.

http://www.catholicnewsagency.com
This article was originally published by our sister agency, ACI Prensa. It has been translated and adapted by CNA.