InterPress Service
By John Scales Avery
The author was part of a group that shared the 1995 Nobel Peace Prize for their work in organising the Pugwash Conferences on Science and World Affairs. He is Associate Professor Emeritus at the H.C. Ørsted Institute, University of Copenhagen. He was chairman of both the Danish National Pugwash Group and the Danish Peace Academy, and he is the author of numerous books and articles both on scientific topics and on broader social questions. His most recent book is Civilization’s Crisis in the 21st Century. 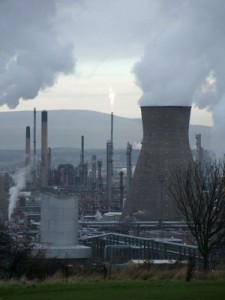 OSLO, Sep 7 2016 (IPS) – We often read comparisons between the prices of solar energy or wind energy with the prices of fossil fuels. It is encouraging to see that renewables are rapidly becoming competitive, and are often cheaper than coal or oil. In fact, if coal, oil and natural gas were given their correct prices renewables would be recognized as being incomparably cheaper than fossil fuels.

An externality is the cost or benefit of some unintended consequence of an economic action. For example, tobacco companies do not really wish for their customers to die from cancer, but a large percentage of them do, and the social costs of this slaughter ought to be reflected in the price of tobacco.

The true environmental costs of fossil fuel use are much greater than those of smoking. Unless we stop burning fossil fuels within one or two decades, we risk a situation where uncontrollable feedback loops will lead to catastrophic climate change regardless of human efforts to prevent the disaster.

If we do not act very quickly to replace fossil fuels by renewables, we risk initiating a 6th geological extinction event. This might even be comparable to the Permian-Triasic extinction, during which 96 per cent of all marine species and 70 per cent of all vertebrates were lost forever.

Subsidies to fossil fuel companies
Far from being penalized for destroying the global environment and threatening the future of all life on earth, fossil fuel companies currently receive approximately $500,000,000,000 per year in subsidies (as estimated by the IEA).
They use part of this vast sum to conduct advertising campaigns to convince the public that anthropogenic climate change is not real.

Betrayal by the mainstream media
If we turn on our television sets, almost nothing that we see informs us of the true predicament of human society and the biosphere.

Programs like “Top Gear” promote automobile use. Programs depicting ordinary life show omnipresent motor cars and holiday air travel. There is nothing to remind us that we must rapidly renounce the use of fossil fuels.
A further betrayal by the mainstream media can be seen in their massive free coverage of US presidential candidate Donald Trump, who is an infamous climate change denier.
Despite the misinformation that we receive from the mainstream media, we must remember our urgent duty to leave fossil fuels in the ground. If threats to the future are taken into account, the price of these fuels is prohibitive.

The statements and views mentioned in this article are those of the author and do not necessarily represent those of IPS.