Rights groups scored a victory when a tea estate ended its ‘earn and learn’ scheme. But without further support, the situation facing former child workers is arguably as dire as ever.

In the rural district of Chipinge in eastern Zimbabwe, lush green tea plants cover the gentle slopes and valleys, painting a picturesque image. However, until a couple of years ago, this idyllic landscape was tainted by a less scenic reality.

For half a century, the Tanganda Tea Company, which grows tea in across 2,600 hectares, ran a so-called Earn and Learn scheme whereby children would work on the fields in return for educational support. The company boasted that the programs provided an education to under-privileged children. But rights groups accused it of exploitation and described the young workers’ deep scars, chapped hands and high drop-out rate.
Two years ago, a midst media criticism and concerns about its international reputation, Tanganda finally submitted to pressure and abandoned the scheme. However in the absence of a safety net for the students who were part of the programs, the situation facing Chipinge’s children has changed but arguably not got any better. END_OF_DOCUMENT_TOKEN_TO_BE_REPLACED

I never chose exile; it was forced on me. In 1982 I had packed my suitcase to return home from a London book launch when I learned that the then Moi dictatorship in Kenya planned to eliminate me, euphemistically described as giving me a red-carpet welcome at the airport. At first I would only use the word shipwrecked, not exile, to refer to my situation; shipwrecks end with rescue, right? I did not unpack the suitcase. Seven years later the suitcase was still packed.

I carried it to America when in 1989 I accepted a visiting professorship at Yale University. For three years I resisted offers to turn my regular visiting status into a tenured position. It was only when I finally accepted an offer from New York University as professor of comparative literature and performance studies that I unpacked the suitcase. I soon realized that it was replaced by a packed suitcase in the mind. END_OF_DOCUMENT_TOKEN_TO_BE_REPLACED 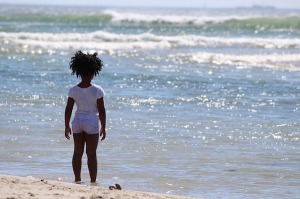 The last place you should expect to find a child is in a brothel; yet for 17-year-old Phoebe from Kenya, this is her life.

Phoebe comes from a poor family. When she dropped out of school her friends told her she could make a living as a sex worker. She thought she could start a new life and find a rich, foreign boyfriend — instead she has been forced to have group sex with tourists for no money.

A report by End Child Prostitution in Kenya (ECPIK) indicates that more than 50,000 children are involved in different forms of child prostitution. Commercial sexual exploitation of children is most common along the Kenyan Coast where a majority of tourism activities take place — in fact traveling sex offenders come to Kenya for this very reason: to prey on these vulnerable victims.

No child should be forced into the commercial sex industry for their survival.

For Registration (Spaces are filling fast)

Join us for a day of celebration and exploration of the new economy. There will be interactive workshops that will explore core elements of the New Economy movement. Each session will connect local, national, and global issues. We will learn together about the compelling conceptual framework that unites all of these various pieces and get ideas for creative constructive action.

The evening event, People and Planet First: A Multi-­generational dialogue on Maryland’s Future, will feature Greenpeace USA Director and Story of Stuff founder Annie Leonard, in a multi-­generational dialogue on Maryland’s Future. Also featured will be the Democracy Collaboration’s Gar Alperovitz, Progressive Maryland’s Larry Stafford, and Climate Change MD Coordinator Larissa Johnson, moderated by Institute for Policy Studies Director John Cavanagh. Through dialogue among these leaders and with the audience, the panel will chart futures for Maryland that are good for workers, climate, and democracy. END_OF_DOCUMENT_TOKEN_TO_BE_REPLACED

If you are interested in tracing the history of the Syrian Conflict, The New Internationalist has a helpful “Fact Map”. Check it out at

Legal claim filed in California seeks injunction against US retailer to prevent sale of prawns produced by Thai supplier unless labelled a product tainted by slavery.

Three California law firms are seeking an injunction to stop the US retail chain Costco selling prawns unless they are labelled as the produce of slavery.

The firms have filed a class action lawsuit against Costco and its Thai seafood supplier, alleging that Costco knowingly sold prawns from a supply chain tainted by slavery.

The claim, lodged in the federal court in San Francisco on Wednesday, alleges that Costco has for several years bought and resold farmed prawns from the leading Thai food group CP Foods, and other companies, that have sourced the raw material for their feed from ships manned by slaves.

The plaintiff in the class action is a California resident, Monica Sud, who has bought prawns from the membership-based wholesale grocer, but the class action potentially affects millions of customers in California, America’s most populous state. END_OF_DOCUMENT_TOKEN_TO_BE_REPLACED

Rabbi Michael Lerner
Our global economic and political system is the root cause of the problem, so instead of blaming Europe, let’s fix the problem

As we watch millions of refugees struggling to survive, hundreds of thousands of them seeking refuge in a Europe which has by and large shut its doors to them, it is all too easy for those in the U.S. to piously implore the Europeans to do more. Or for the U.S. government to take in a few thousand of them.

Most Americans seem completely blind to the way that we have played a major role in creating the problem, and have a major responsibility to fix it. Instead, many Americans are rallying behind Donald Trump and other Republican politicians who are competing with each other on who can be more ruthless toward our own domestic refugees who came to the U.S. without official government sanction.

Few Americans realize that there was no major refugee problem until the 1990s. Here’s what happened since then to change the world: END_OF_DOCUMENT_TOKEN_TO_BE_REPLACED