KINSHASA, OCTOBER, 17, 2014 (CISA) – Episcopal Conference of the Democratic Republic of the Congo (CENCO) has condemned the attack on two catholic priests.

“It is unacceptable to blame the church personnel who, faithful to the hierarchy, exercise their pastoral ministry,” said a statement from CENCO.

The two priests were attacked on Sunday October 12 in Lodja, 750 km north of Mbuji-Mayi capital of Kasai oriental, the same day a convent was damaged.

The attack came after the priests reportedly read a Pastoral Letter of the Catholic Bishops’ Conference during Sunday Mass which criticized the proposed constitutional amendment that would allow incumbent President, Joseph Kabila, to vie for election for a third term, Fides reported. END_OF_DOCUMENT_TOKEN_TO_BE_REPLACED

Nigeria’s government has promised to protect schoolchildren. It has been six months since 200 girls were kidnapped by Boko Haram and Nigeria’s northern states continue to live in fear. 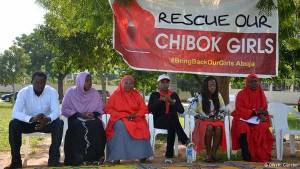 “The only thing we desire is that we want them back”, said Bukky Shonibare, barely holding back his tears. “At this point we are begging, we are pleading that they should do all that is needed and let the girls come back.”

Shonibare is a member of the #BringBackOurGirls group, which has been campaigning for the release of the school girls who were kidnapped in Chibok six months ago. For the relatives of the more than 200 girls who are still missing, the uncertainty has become unbearable.
END_OF_DOCUMENT_TOKEN_TO_BE_REPLACED

Family farming is the focus of World Food Day on 16 October, coupled with the theme: ‘Feeding the world, caring for the earth’.

According to a 2014 report by GRAIN, an international non-profit organization reveals that small farms produce most of the world’s food which affirmed the claim – Family farming feed the world.

In African countries, especially Kenya, small farmers operate 16% of agricultural land, but provide 55% of agricultural output, including: 97% of potatoes, 88% of vegetables, 83% of fruits and berries and 80% of milk.

This shows that small peasant family farms are the bedrock of global food production. The bad news is that they are squeezed onto less than a quarter of the world’s farmland and such land is under threat.

The report also revealed that small farmers are often much more productive than large corporate farms, despite the latter’s access to various expensive technologies. For example, if all of Kenya’s farms matched the output of its small farms, the nation’s agricultural productivity would double. END_OF_DOCUMENT_TOKEN_TO_BE_REPLACED 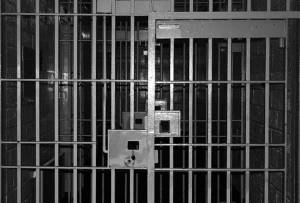 One by one, these cities — soon to be joined by New York City — have passed resolutions or enacted new policies refusing to hand over immigrants detained by local police to federal officials for deportation. The strategy, gaining further momentum this year with a statewide law in Colorado, is one way local governments dismayed by a broken federal immigration system have found to undermine it. END_OF_DOCUMENT_TOKEN_TO_BE_REPLACED